Discovery could result in recycling solution for millions of plastic bottles and containers. 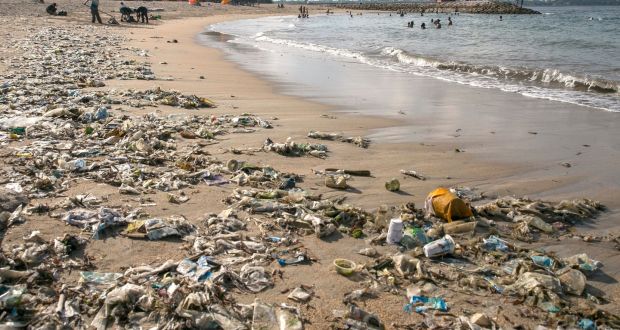 Scientists have engineered a biological enzyme which can rapidly digest some of the most common forms of polluting plastics that persist for hundreds of years in the environment.

The discovery by researchers in the UK and US could result in a recycling solution for millions of tonnes of plastic bottles and food containers made of polyethylene terephthalate, known as PET.

Bottles made from PET are used to package 70 per cent of soft drinks, fruit juices and water sold in shops, restaurants and supermarkets. Although it is said to be recyclable, discarded PET can last for centuries before it degrades.

The research was led by teams at the University of Portsmouth in the UK and the US department of energy’s National Renewable Energy Laboratory (NREL).

Prof John McGeehan at Portsmouth and Dr Gregg Beckham at the NREL initially solved the crystal structure of a recently-discovered natural enzyme that digests PET known as “PETase”. Enzymes are a form of protein that act as catalysts in biochemical reactions.

The scientists generated 3-D imagery to understand how the enzyme works. During this work, they inadvertently engineered an enzyme that is even better at degrading the plastic than the one that evolved in nature. PETase is thought to have evolved in a waste recycling centre in Japan, which allowed a bacterium to degrade plastic as a food source.

The team set out to determine how the enzyme evolved and if it might be possible to improve it. The goal was to determine its structure, but ended up going a step further and the team accidentally engineered an enzyme which was even better at breaking down PET. Details of the breakthrough are published in the scientific journal, Proceedings of the National Academy of Sciences.

The scientists are now working on improving the enzyme to allow it to be “used industrially to break down plastics in a fraction of the time”.

Prof McGeehan said few could have predicted since plastics became popular in the 1960s that huge plastic waste patches would be found floating in oceans or washed up on once pristine beaches all over the world.

“We can all play a significant part in dealing with the plastic problem, but the scientific community who ultimately created these ‘wonder materials’ must now use all the technology at their disposal to develop real solutions.

“Serendipity often plays a significant role in fundamental scientific research and our discovery here is no exception,” he said. “Although the improvement is modest, this unanticipated discovery suggests there is room to further improve these enzymes, moving us closer to a recycling solution for the ever-growing mountain of discarded plastics.”

The researchers worked with scientists at Diamond Light Source (DLS) in the UK, deploying a synchrotron that uses intense beams of X-rays 10 billion times brighter than the sun to act as a microscope powerful enough to see individual atoms.

Prof Andrew Harrison of DLS said the detail achieved will be invaluable in looking to tailor the enzyme for use in large-scale industrial recycling processes. “The impact of such an innovative solution to plastic waste would be global,” he said.

Information taken from The Irish News.